Here’s Why Proper Dining Etiquette Is Still Important, and What to Know 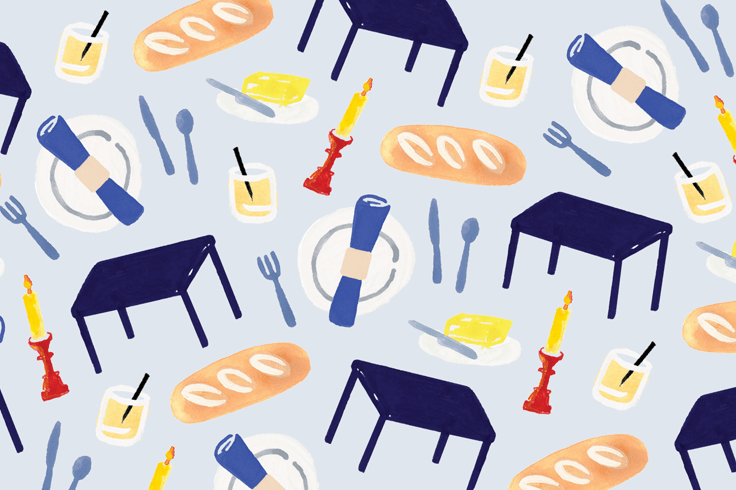 Try to imagine the worst breach of table etiquette possible. Chances are, you haven’t come close to the nightmare etiquette expert and founder of the Protocol School of Palm Beach Jacqueline Whitmore experienced on New Year’s Eve a few years ago. She was on a date with a man who got drunk before dinner was served. Once it was, Whitmore says, “He started eating like a barbarian. Around the third course he began making animal sounds…and then he just heaved all over the table. I can laugh about it now, but it was horrifying.”

Whitmore’s date would have fit in well in Medieval Europe, when forks were nearly non-existent, all other utensils were shared, and soup was slurped straight from the bowl. Dining tables during the era were little more than planks plopped over trestles immediately before the meal, a practice that gave rise to the colloquialism “set the table.” Sure, a cloth was spread over the planks, but diners wiped their dirty fingers on it. Napkins? Forget about it.

With the Renaissance came refinement. Catherine de’ Medici, who was the Italian-born queen of France from 1547 until 1559, is credited with helping popularize fork use—an improvement over the custom of simply shoving meat speared with a sharp knife into one’s face, a system that caused no little amount of nasty injuries. The Italians also become known for their spectacular Venetian glass goblets in the 16th century. The delicate stemware is a testament to their increasingly refined dining habits, which some may say we’re well on our way to losing today. Don’t drink too much, don’t eat in a primitive manner, and don’t lose your lunch (or dinner) are the most basic rules of table manners, but should you need a refresher on less-obvious etiquette, we’re here to help with some dining dos and don’ts that might surprise you.

Good dining etiquette begins long before you sit down at the table. If you’re invited to a dinner party, be sure to RSVP, even if a response isn’t specifically requested, and don’t ask if you may bring someone who isn’t part of the invitation. When you arrive, don’t do so empty-handed. “A hostess gift, which can be anything from candles or wine to flowers, chocolates or guest soaps, is never a bad idea,” says Whitmore. “It’s a nice, much-appreciated gesture.”

If you do bring a bouquet of blooms, try to make sure they’re in a vase, so your hosts won’t have to take time to arrange them. And don’t expect the bottle of wine you brought to be opened that evening. Chances are, your hosts have already chosen the wines they’ll be serving. That’s true of the menu too—leave the home-cooked dish at home, unless the event is a potluck. You don’t want to put your hosts on the spot.

Whether dining in someone’s home or at a restaurant, jostling in confusion for your seat is never a good look. At formal dinners, keep an eye out for place cards, which direct you where to sit. Oftentimes, spouses are positioned near or beside one another; the chairs nearest to the host have long been considered places of honor. Historically, the best positions at the table were also closest to the salt cellar, a small container used for holding the mineral (salt cellars fell out of fashion after the introduction of salt with an anti-caking additive, which could be used in shakers, in 1911). If there are no place cards, ask your host where they’d like you to sit, but don’t do so until they are seated.

When you do sit down, you shouldn’t immediately grab your napkin off the plate.“You should wait until everyone has been seated before you put your napkin on your lap,” Whitmore says. “And if you need to excuse yourself from the table, place the napkin on the arm of your chair, not the table.”